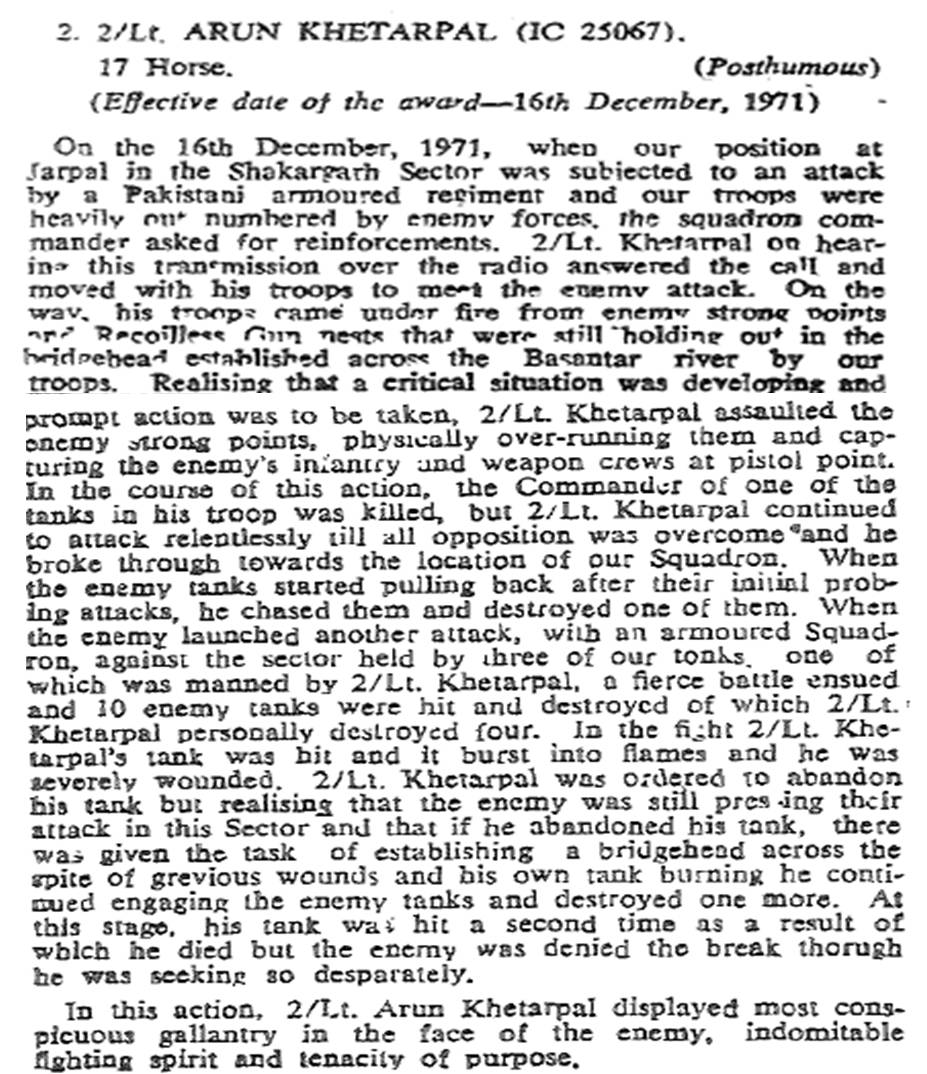 Keep Their
legacy alive
by contributing to it

Give Tribute Take a Pledge

A courageous youngman of 21-years-old, Khetarpal had just joined the Indian Army as a 2nd Lieutenant when he was called on duty to the war front in 1971. Born in Pune on 14th October 1950, he came from an army background. His grandfather had served in the British Indian army during World War I while Arun's father, Brigadier M.L. Khetarpal, served in Indian Army's Engineering Corps until his retirement. 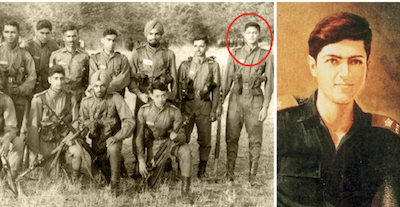